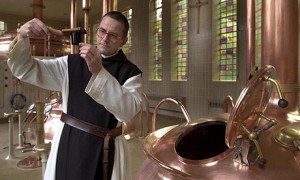 From here the question becomes, which bonuses to use. Rather than move to a single bonus table (as in 3e), I am choosing to keep with stat specific bonuses. This keep the inherent balance (or imbalance, as per your opinion) in 2e.

I’m assuming a max stat of 18, and figuring it’s a rarity in 2e, since stats don’t increase with levels. So, an exceptionally high bonus would be rare indeed. Most stats have a bonus that falls in line with the +4 bonus granted at an 18 in 3e.

For strength, I would choose the damage modifier, and take exceptional strength into account. This exceptionally high bonus would be rare, and only available to fighter classes. Additionally, I would use the exceptional hit point bonus for fighters, when considering a constitution-based bonus.

One option is to subtract two from this value.  It would start the bonus with a stat of 12, and max out at a +5 with the 18.  This would fall in line with an assumption that most people know two languages.  They would know common and a racial language (for demi-humans), or common and a regional language (for humans).  Anything beyond that is truly excpetional.

Charisma is all that is left.  Number of henchmen is out, based purely on the scope of the bonuses.  Loyalty Base doesn’t appeal to me either, due to its non-linear nature and the high end-state.  Reaction adjustment is a bit more linear, and falls in line with using either “adjustments” or “reaction” modifiers from other stats.

So, we have a basic d20 mechanic:  Roll + # slots + ability bonus.  Now, it’s just a matter of settling on the final bonuses.  I will be playtesting the different options in my current campaign.

Sorry, the comment form is closed at this time.