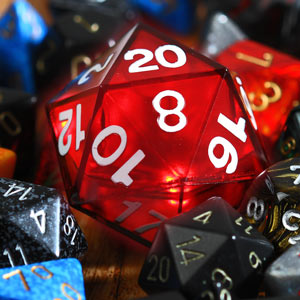 There are already enough “new things” to understand when learning how to play an RPG – we shouldn’t make it any harder than need-be. OD&D and AD&D would have been much easier to learn if we used AC:20 instead of AC:0.  I don’t know if there was an inherent desire to create a system that remained “exclusive” to the geeks and wargamers it was targeted at, but overly-complex rules certainly kept people from playing.

We all like “belonging” to a group, where we share a particular knowledge and language; whether that be cars, football, computers or cooking.  These items help create a certain culture amongst people who share these similar interests.  However, should those of us on the “inside” be saddled with an overly complex lexicon and rules of engagement?

This is really the beauty of the d20 OGL System.  It lowers the bar of entry for new players, and streamlines play for everyone.  For what it’s worth (and I hope it’s worth a bit for my players), I’ve decided to put together a “Simplified 2nd Edition” based on the d20 OGL rules.  It won’t be a massive overhaul of 2e (that was 3e).  The goal will be to streamline the existing rule set with a few tweaks (with a minimum impact for both players and DMs), while maintaining compatibility with existing AD&D rules and content.

Simplified 2e Launch There And Back Again
Subscribe RSS